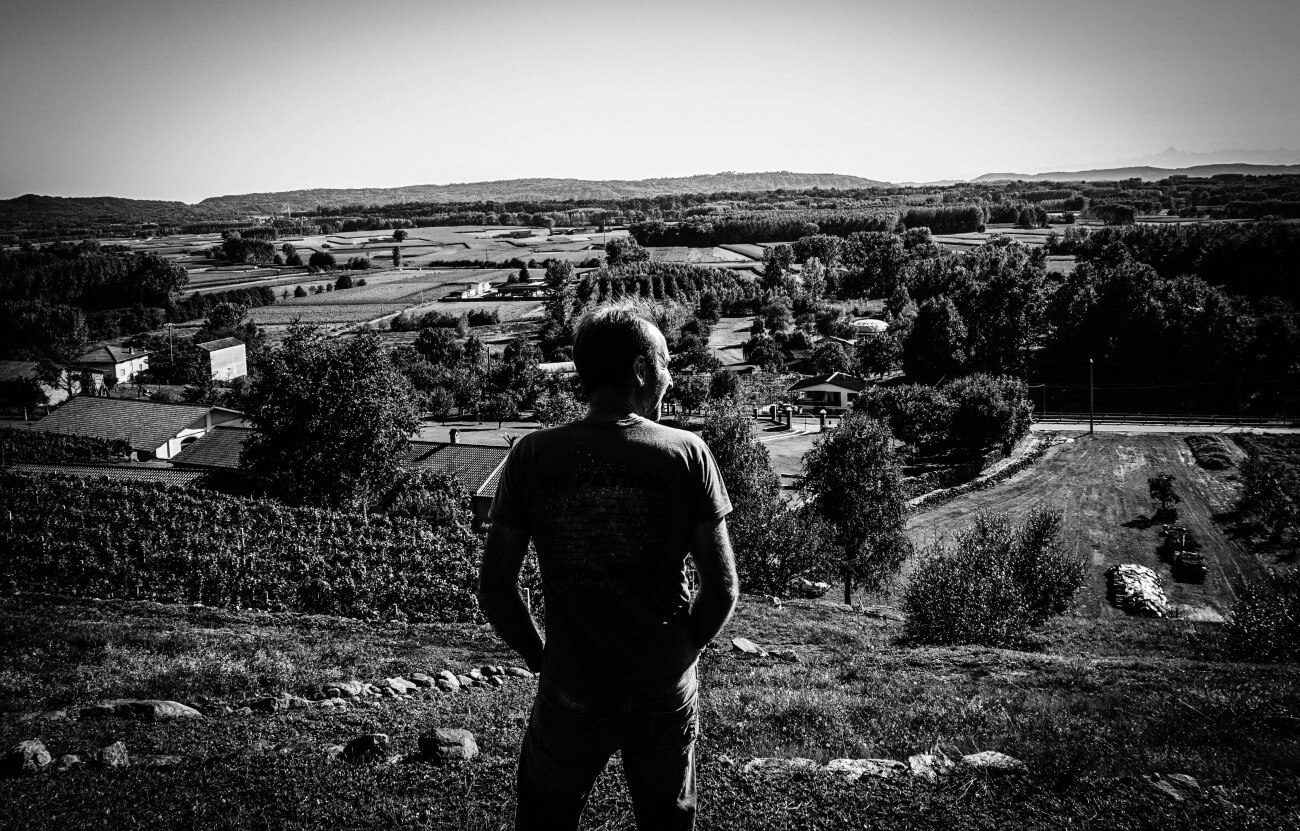 Everything carries me to you. #Syrah

This wine is a Love Story.

That’s the first thing Camillo Favaro told me about his Syrah.  A curious wine for him to vinify, especially given his undeniable proclivity for the vinification of white wine- specifically thelocal grape, Erbaluce.  I saw the lone barrel loosely covered with a cloth standing awkwardly in his small garage of a winery like a hunch-backed teenager.  Hugging as close as possible to a supporting post, towered over by a few crisp, gleaming stainless steel vats, all proud and pregnant with Erbaluce, it was curious to see the one barrel marked SYRAH in fresh white chalk.

Camillo was excited to uncover the slowly bubbling barrel- he was so happy the Syrah had just begun fermentation that morning.  He uncorked last year’s vintage of Syrah, swirled it around with his hand over the top of the glass, then offered it to me.  I took a deep whiff from the glass before we stuck our faces into that invisible vapor coming out of the barrel.  It was stunning how closely the freshly fermenting aromatics were echoed by the bottled wine.  Sunshine on hot stony walls and fat black, end-of-summer plums.  Porcini and the wet earth that still clings to them as you cart them home from the local woods.  Syrah in all its wild, untamed glory.

I asked him, why Syrah?  Syrah for love.

Antonella, Camillo’s beautiful counterpart, loves Syrah.  She encouraged him to try vinifying it with the few rows of fruit found on his Aunt’s property.  He obliged.  She calls his wines a wonder- a miraculous wonder.  A meraviglia.  He’d refer to her in much the same way.  Rossomeraviglia was born.  You can see how much Camillo and Antonella love and respect each other.  There is happiness in this home.  Mutual admiration.  True love.  A relaxed appreciation, and a fierce loyalty.

…”I want you to know
one thing.

You know how this is:
if I look
at the crystal moon, at the red branch
of the slow autumn at my window,
if I touch
near the fire
the impalpable ash
or the wrinkled body of the log,
everything carries me to you,
as if everything that exists,
aromas, light, metals,
were little boats
that sail
toward those isles of yours that wait for me.”

–Pablo Neruda, from If You Forget Me