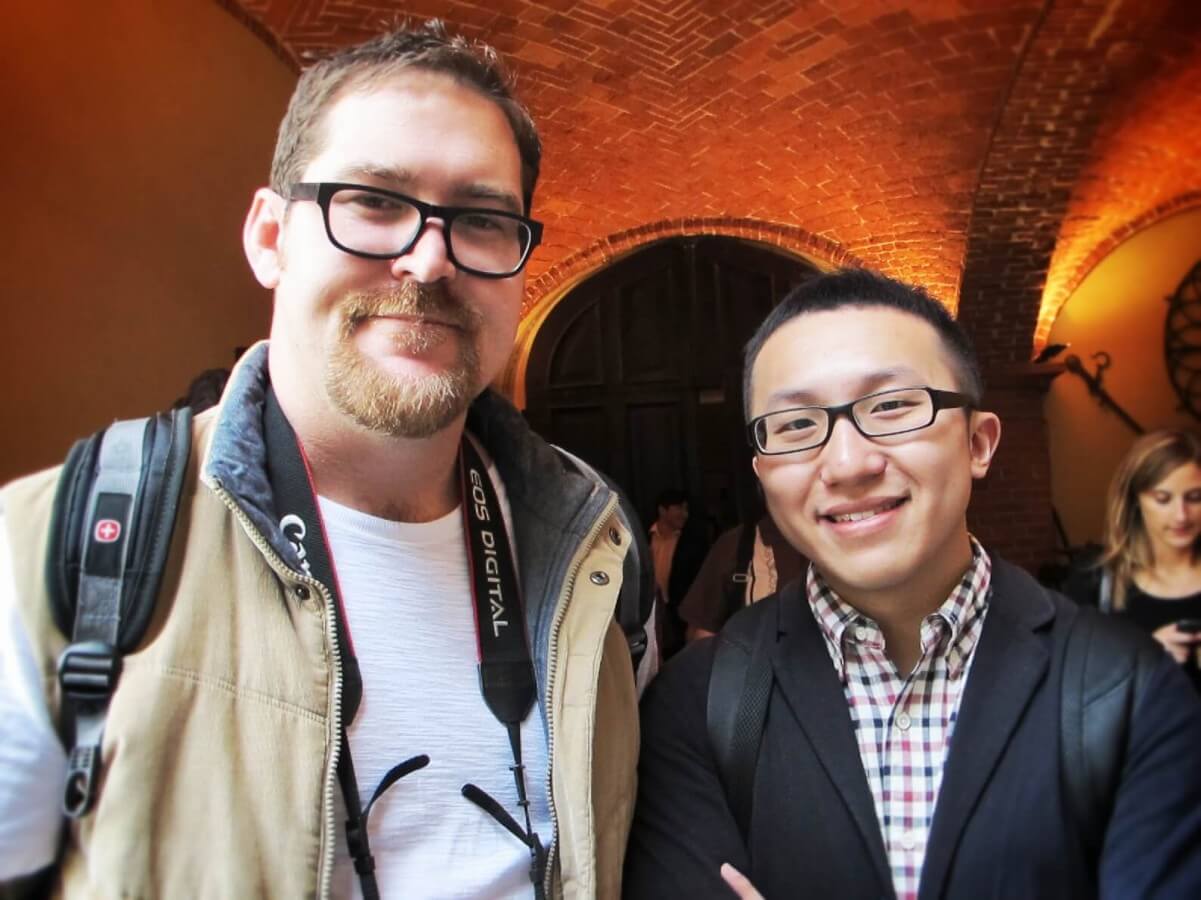 How @TedGlennon almost became the Mayor of Alba.

Let me set the stage for you.  A couple of Chinese wine importers and a few American wine writers and sommeliers walk into a bar.  No, this is not the beginning of a bad joke, it’s the beginning of the story of how Ted Glennon almost became the Mayor of Alba.

Or got himself thrown in the local jail.  We’re not sure which…

There were about 6 of of us, some Chinese, some American, all interested in exploring some back vintage of local wines while on a press tour in Piemonte.  We sat on the patio outside of the Bar Brasilera in Alba and began to peruse the wine list.  After noticing several great producers

with 1999 vintage wines available (at stunningly low prices!), we ordered a horizontal battery of wines to taste.  Luckily for us, the lovely woman running the place, Monica Costin, was a bit of an expert in the local wines as well.  Wine geek heaven.

I mean, this bottle had clearly been stored close to a heater or something.  We knew Monica would understand, so Ted ran the bottle back into the bar, to see if she had another stored away somewhere in the back.

All I know is that I saw Ted hand the bottle to Monica over the bar, exchange a few words with her, and then disappear into the bathroom.  We carried on outside for a few minutes before we noticed Ted still wasn’t back with the Bruno Rocca.  That was also when we noticed the two Carabinieri squad cars that had rolled up next to the bar and were now parked auspiciously near its entrance.

I  looked inside the bar and saw Ted gesticulating wildly while one of the police officers adamantly banged his fist on the bar.  Uh oh.  This can’t be good.

I hurried into the bar to find Ted looking mildly amused/ frustrated, and the Carabinieri looking totally annoyed.  Not good.  Poor Monica was caught in the middle trying to translate between the two.  Apparently when Ted came out of the bathroom he found the Carabinieri tasting the cooked bottle of wine.  He thought this was funny- and made a joke to the effect of “Wow, so you guys take your Nebbiolo so seriously around here that the Carabinieri show up every time a bottle gets sent back?”  The Carabinieri didn’t see the humor in this.

In fact, the policemen went on to try and defend the bottle, saying there was nothing wrong with it, that we simply didn’t know how the wine was supposed to taste.  Of course, Ted knew this wasn’t true and began to defend himself and our observations on the wine.

Instead of letting the situation dissolve further, classic distraction techniques had to be employed.  This happened:

Somehow the night ended with one of the Carabinieri offering Ted a bottle of wine.  A 2006 Bruno Giacosa Metodo Classico, no less.  We saw the Carabineri strutting towards us, the leader of the group proudly gripping the bottle of bubble in one hand, and a fistful of wine glasses in the other.  Monica arrived with them, proclaiming to Ted and the rest of us (with a twinkle in her eye), “These gentlemen would like to offer you a bottle of wine.  And they would like to saber it for you.”  Apparently the disagreement had been forgiven.

One small detail I will never forget was how the officer attempting the sabering turned the bottle carefully in the pale light of the street lamps, until his assistant hurried to bend over him with a flashlight in order to help him find the seam on the bottle.  Viva Italia!  I wish they would teach this technique to the LAPD!

And so ends the story of how Ted Glennon almost became the Mayor of Alba (we think).