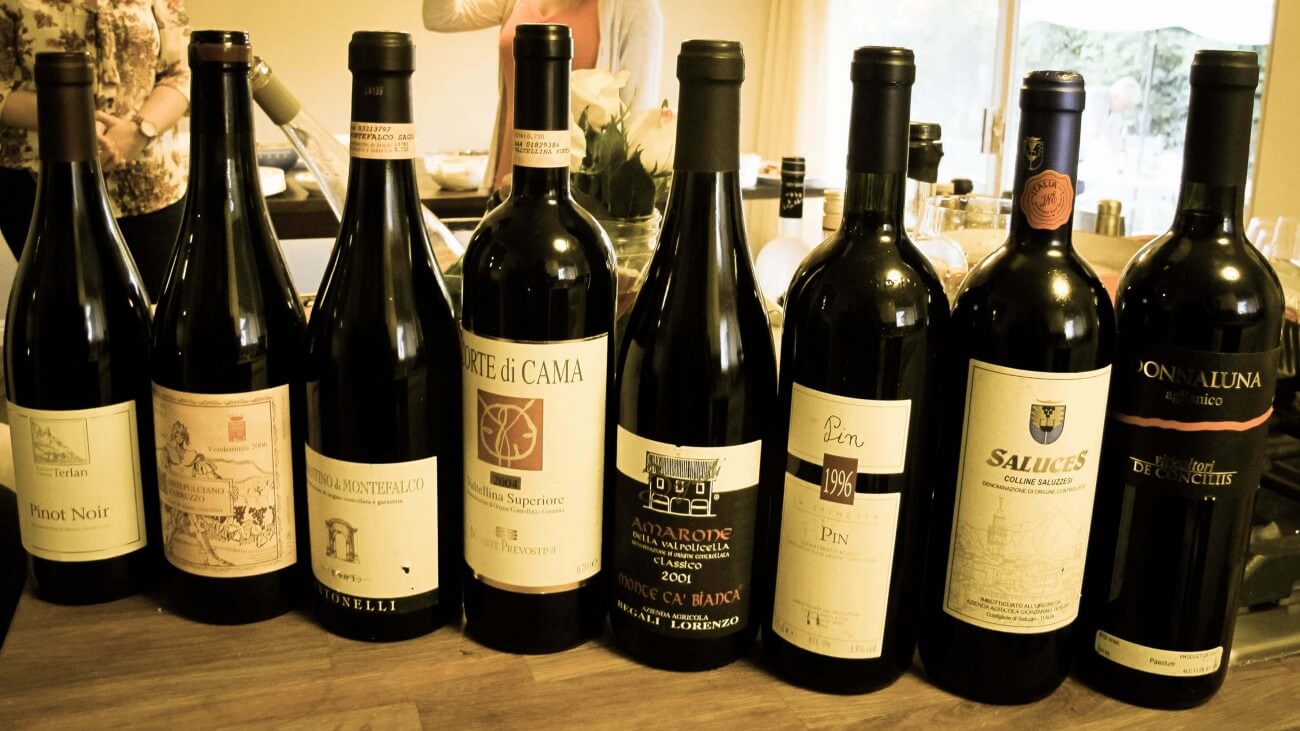 A few wines for our Thanksgiving Feast 2012… I hope Lou approves!

I love Thanksgiving- a truly American holiday where we get together to cook, eat, and drink (and drink, and drink, and drink).  I just saw this little piece by Lou Amdur and thought I’d re-post it here.  He is a genius and some kind of savant when it comes to everything and anything fermented.  If you’re ever in the Los Angles area, you can meet him in person at Lou Provisions & Wine.

1.  Something with modest to moderate alcohol

Are you spending Thanksgiving with folks you dig? Then I recommend skipping the mind-and-mouth-numbing Super Yeast-fermented 17 percent alcohol zinfandel that cigar-smoke saturated Uncle Charlie brought—unless you must drink to forget Uncle Charlie, or need to get him drunk so he forgets you. However, don’t blame me if you slip on your rump during postprandial Twister, pass out, and awaken mid-morning in the flowerbed wearing a tutu. Instead, how about a 7 percent alcohol, organically grown dry cider? I have five from which to choose, ranging from austere and briny traditional Basque sidra (Isastegi, $10), to a funky, wild-yeast fermented Normandy cidre (Zangs, $16). Or, how about an earthy 12 percent alcohol old-vines grolleau (Pithon-Paillé, $18)? Or, how about an exuberantly floral, 12 percent alcohol and highly digestible vernatsch from Italy’s Südtirol (Cantina Valle Isarco, $16?)?

2.  Something lighter bodied and fruity

Something that’s light and fruity (but not frooty), rather than something lumbering, leaden, syrupy and pruney, unless you need a bit of sugar to help the medicine go down and mask the wretchedness of overcooked turkey white meat. How not to overcook your turkey.

Hardly a news flash and I’m almost embarrassed to have to bring this up, but, um, Thanksgiving + gamay = yay! How about a fantastic, traditionally made Beaujolais from Château Cambon ($18), or an old vines gamay from a weird Burgundian appellation that permits this “disloyal” plant (Domaine de la Sarazinière, $21)? Or a nouveau-style gamay from Oregon (Division 13, $20)? Or, a not-a-gamay: Eric Sussman’s County Line pinot noir (no new oak, wild yeast fermented, from the cool far west of the Sonoma coast, $26)?

3.  Something with a squirt of fresh acidity

Acidity is the magic ingredient in wine that makes it a refreshing beverage. So, unless you like marshmallows with your marshmallow, grab something with a squirt of acidity. OK, if you have an older Hermitage blanc in your cellar—not something that’s acid-driven—hell, that too would marry marvelously well with the groaning board…what are you waiting for (but please make sure to save me a bit)?

If you are an acidhead, I would urge you to try a skin-macerated vitovska from the northeast of Italy (Zidarich, $27), or a remarkable Muscadet from vines that are well over 100 years old (Château de Chasseloir, $19), or a

Cranberry, clove, cinnamon—something that in some way resonates with the flavors that are Thanksgiving archetypal, unless you’re enjoying a Swanson’s turkey TV dinner or Tofurky® for Thanksgiving, in which case drink whatever you can get your hands on.

Along those lines, may I propose a dry, traditional Lambrusco (it is dry, I tell you, dry!) made from organically grown grapes (Fondo Bozzole, $18.50)? Alternatively, an Etna Rosso, cherry and cloves, grown on the slopes of an active volcano (Terre Nere, $20), or another southern Italian red, made from the old peasant variety, Nero de Troia, and grown in the hot climate of northern Puglia and yet remains somehow vibrant and not overripe? Finally, from the Earth Department, something that resonates with wild rice stuffing, roast mushrooms, and the ilk: an old vines mansois, grown on the iron-rich red soils of Marcillac (Costes Rouge Clos de la Ferrière, $20).

*You can find all of the wines mentioned here at Lou Provisions & Wine. *

Thanks Lou.  You’re the best!