When we arrived in Beaune there was a frozen quality to the sunlight.  It was almost evening and the light had that magical quality of a fading  watercolor in dramatic swaths across the horizon.  The unremarkable old building with a tiny plaque announcing the workshop and winery of Philippe Pacalet was so difficult to see from the street I had to get out of the car and run up to the building to make sure we had found the correct address.

This unassuming location is in stark contrast with its resident’s gregarious, jovial personality.  Philippe Pacalet met us at the door with his shock of curly hair, dressed in a wool overcoat, jeans and pair of sneakers.  He could have been at home Los Angeles or New York City- Philippe could easily pass as the older version of an American rockstar straight out of the 1980’s.  He’s immediately charming and lights up immediately when he begins to talk about his wines.

Philippe Pacalet operates as a winemaker without vineyards, a new-ish concept that really begins to make sense when you meet a winemaker as passionate and focused as Pacalet.  In the face of skyrocketing vineyard prices, Philippe decided to forge ahead with his dream of making Burgundy and decided to follow the path of selecting vineyards he can lease, from which to make his wines. 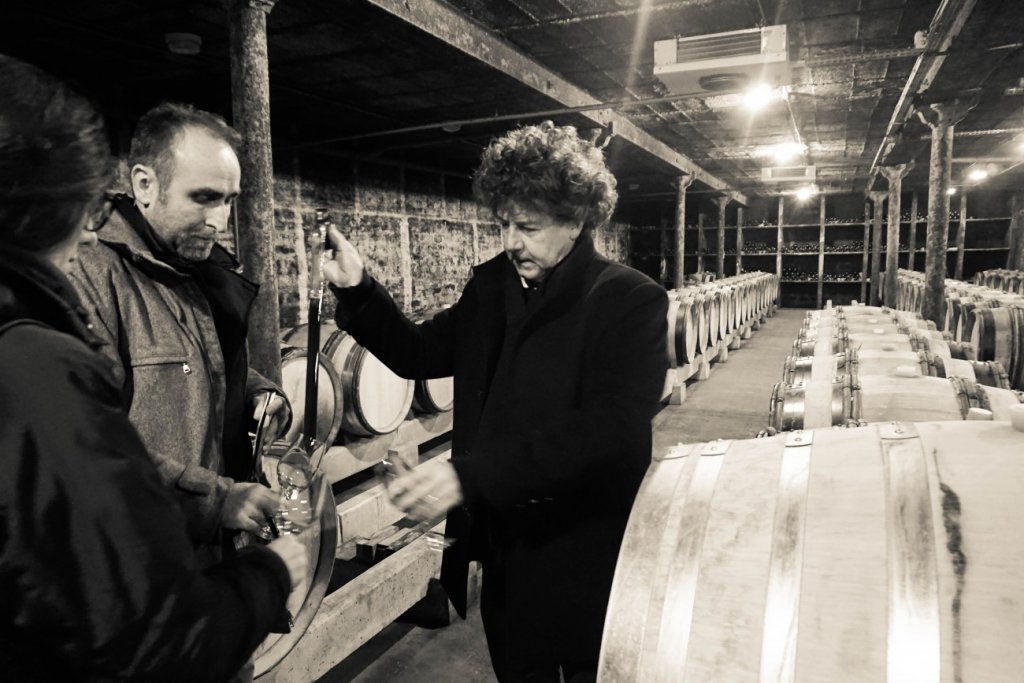 As Philippe began to pull samples out of the barrels we reached his Charmes-Chambertin 2015, which was particularly self-expressive in the glass.  He remarked that the wine was better than Chanel.  You can dab it behind your ears, and you can drink it.  I am inclined to agree. 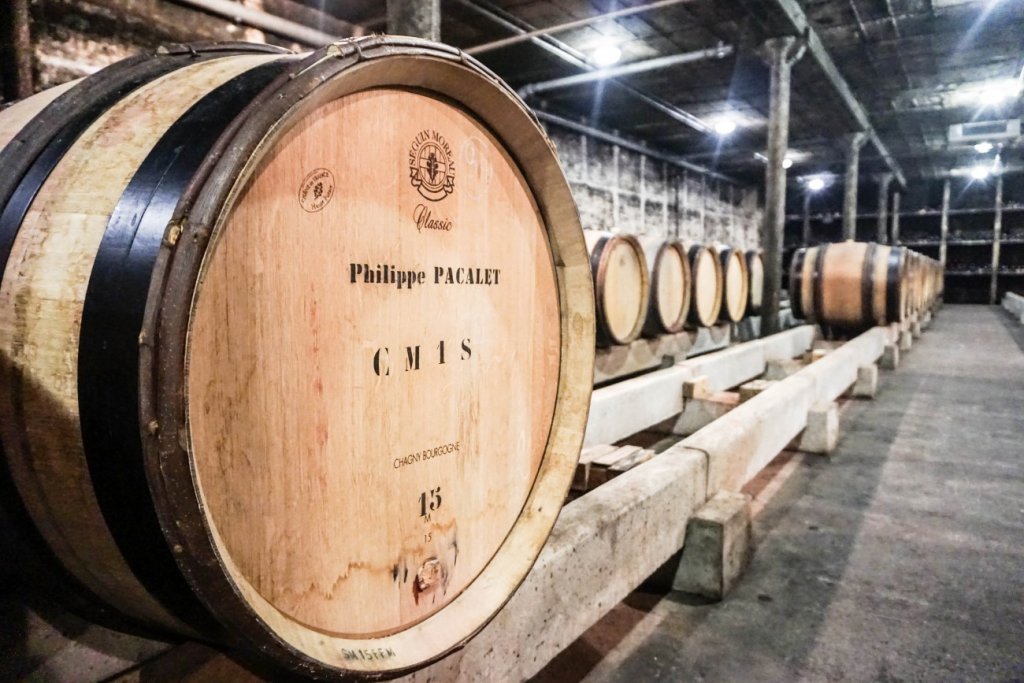 We tasted a selection of 2015s from barrel, all of which were marked by a  delicious vibrancy, a depth, and a wide and impressive spectrum of aromatics.  It is clear that Philippe puts is heart and soul into this work- his wines are alive and simply vibrate with potential.  His philosophy has a decidedly natural bent, preferring to use some carbonic fermentation and extremely clean winemaking techniques, and schewing sulfur and other chemical as much as possible.  The result are wines that truly speak of their origins- wines that are vulnerable, open and naked with terroir.

We also tasted a few 2014 bottlings, one of which, his Saint-Aubin Murgers des Dents de Chien, was particularly fascinating.  Sweet almonds and lemon skin on the nose, with an incredible and searing acidity structured around pillars of minerality.  This wine will likely outlast many of his reds- it’s a beauty, and a beast.

Much like Philippe himself, in the best of ways.