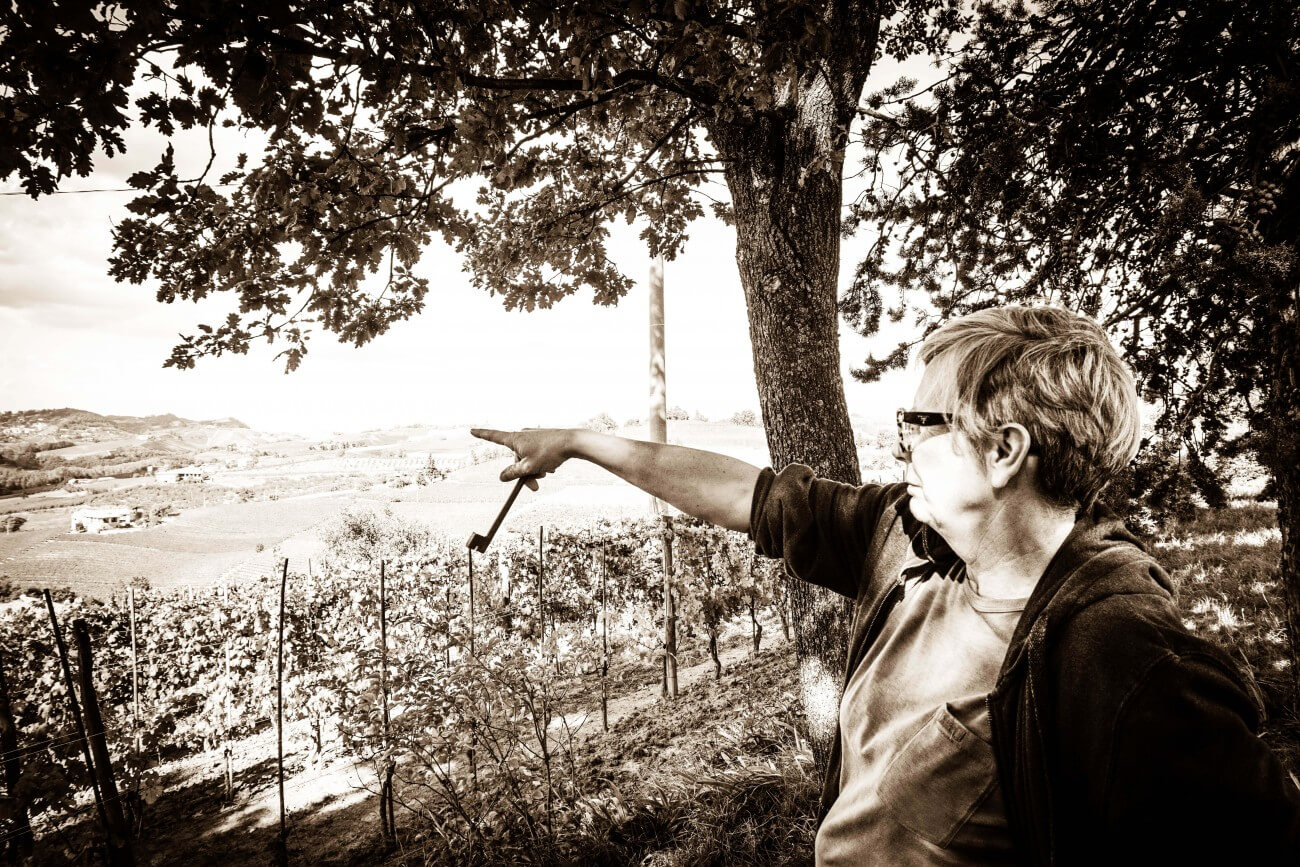 Notes on Patience and Dolcetto at San Fereolo.

(A continuation from my earlier post on San Fereolo…)

It was 1999 when Nicoletta says she realized she had the strength and fortitude to plant something new for San Fereolo.  She finally arrived at the point where she wanted more than just to tend the old vineyards she had been acquiring.  She was also pregnant with her son at the time.  There is probably some point to be made here about the connection between a woman carrying new life inside her body, and the extreme self-sacrifice it take to plant a vineyard.  I don’t know that Nicoletta would ever draw such a pedestrian conclusion, but it does seem to be part of her story.  Maybe when new life surrounds you, it is literally impossible to escape.

I followed Nicoletta through the winery, into the church of San Fereolo next to her house, up into the apartment where we tasted, all the while struggling to absorb every word she said. I wanted to be an empty vessel- to hold everything she had to say.  I couldn’t absorb it fast enough.  This woman is so full of the experiences that have shaped her- and have shaped her wines.  The winery is also full to the brim.  Full with past vintages, waiting, silently pregnant, dormant until she determines they can be released- the very definition of patience.

We tasted through a battery of wines and vintages, bottles lined up like perfect soldiers, their organized appearance a stark contrast to the explosion of color and texture in this sunny artist’s workshop.  San Fereolo, the winery’s flagship Dolcetto, is a retrospective of Dogliani.  Each vintage a perfect time capsule full of insight into each year.   2001, 2003, 2004, 2005, 2007 and 2008: Every bottle filled with 12 months of life already lived, and once uncorked, also perfectly revisited.

These San Fereolo Dolcetto bottlings all shared a consistent vein of dense, warm fruit, as well as that feral iron so telling of Dogliani.  The wines also encapsulate a freshness and minerality that you feel precisely mirrored by the atmosphere outside Nicoletta’s house and around the ancient church of San Fereolo. A breezy cool current that whips around the top of the hill, circling the church and rippling through the trees.  The wines are fresh with mineral notes, mint, licorice and cooking spices.  The San Fereolo wines are alive, and contrary to what you might expect from older Dolcetto, they get better with each passing year.

Part of Nicoletta’s careful process, following a sometimes long-awaited spontaneous fermentation, is a gradual, gently submerged cap which Nicoletta believes restores the tannins to the wine, giving her Dolcetto the ability and will to live such a long life.  She likens the skins of the grape to a baby’s placentia- concluding that the sooner  and more abruptly you separate the must from the skin, the more stressed the wine will become.  This instead, is a gentle birth- a gradual coming-into-being-process that is shepherded, but never forced by the winemaker.  It sounds poetic, but in reality this is a painstaking waiting game that requires a lot of investment- time, money, hard work, space.  All for the love of Great Dolcetto.

This is a very interesting topic. The practice of Biodynamics, especially with relation to grape-growing, simply involves the observation of nature.  The general view of the natural world as an interconnected whole: a totality, an organism endowed with archetypal rhythm.  I wish I could have thought to make an audio tape of everything Nicoletta had to say on the subject, but in my jetlagged-fog, I barely managed to take notes that afternoon.  I do remember clearly that Nicoletta came to the world of Biodynamics honestly, slowly, through years of tangential experience in various fields.  Education.  Veterinary Sciences.  Food.  And Agriculture.

The basic message I came away with was this: do what makes sense.  You live in the middle of the vineyards, so treat them carefully.  If you poison them, you’re poisoning yourself.  Certifications and official process “recognition” are no substitute for the truth.  Hard work and nature will invariably guide everything.

And patience.  Lots of patience.

Nicoletta, you are the Captain of this ship, you are the Past and the Future of these wines from your land.  Thank you for guiding them home.